UPDATE: Klout just released this great infograph that I thought helpful to those who have read this post on Klout. Enjoy! 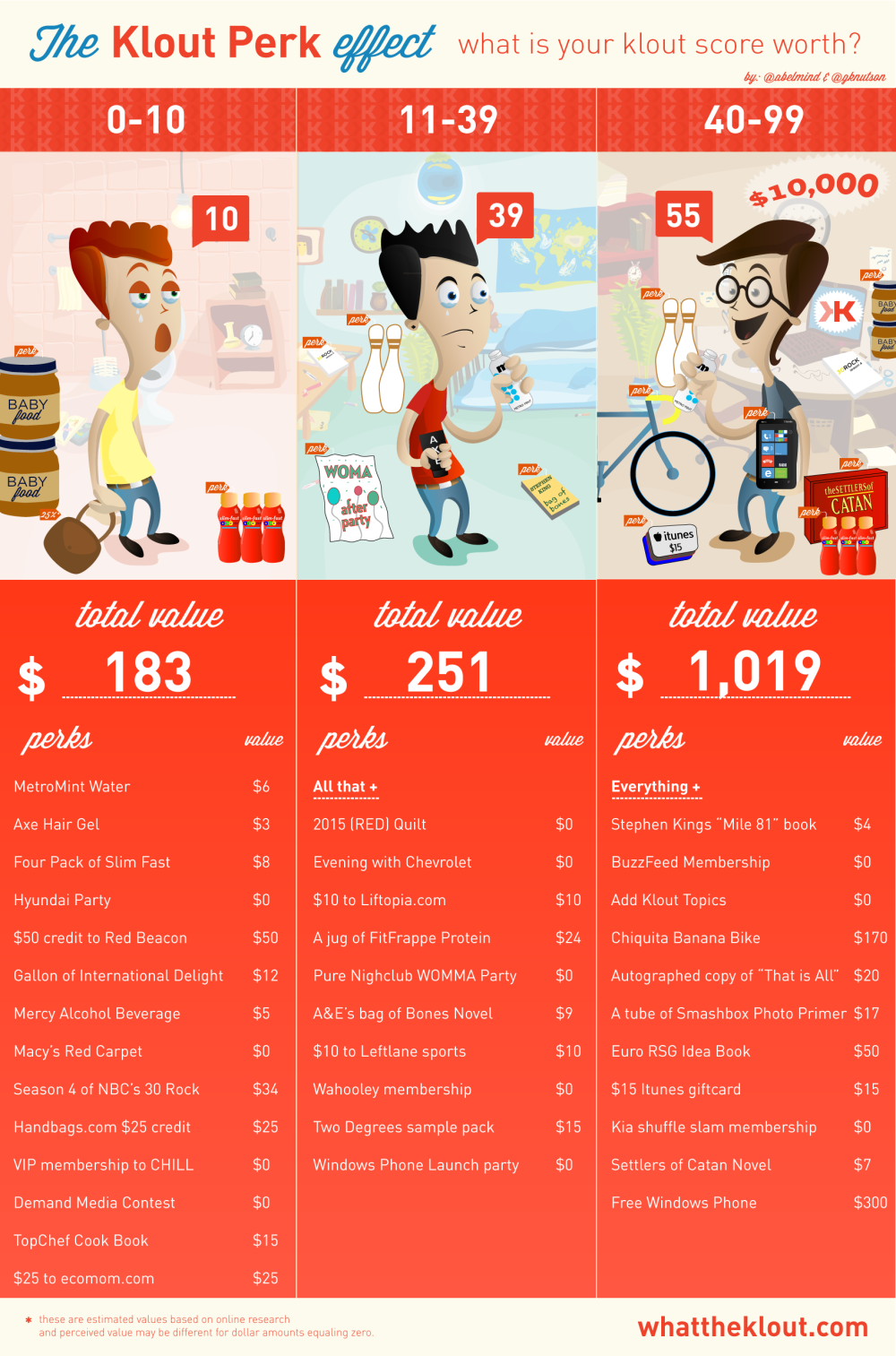 Do you have Klout?

When I first started noodling through social media land, back in the day (July 10, 2007 according to Facebook), I knew I was an early adopter, but wasn’t really too concerned about my Klout. What is Klout? According to Wikipedia: the company, Klout, “uses social media analytics to measure a user’s influence across their social network. The analysis is done on data taken from sites such as Twitter and Facebook and measures the size of a person’s network, the content created, and how other people interact with that content.”

So what is the benefit of having Klout? Ever wanted to be ‘famous’? Klout may help you get there. Want free stuff? Want to be an early user of cool stuff?  All this ‘apparently’ comes with having Klout. On the Klout website, there is a “Perks” tab, that shows you different rewards you ‘might’ be eligible for, IF you have KLOUT!

Now, I have what is considered to be a fairly decent Klout score of 61. Some of the people I think are BIG social influencers have scores only slightly higher than me. But I never seem to receive decent Perk offers. Aren’t there companies out there that would like a socially savvy, 40+ female marketing executive to try out some of your cool stuff? Each “Perk” has eligibility requirements, and the good perks go really quickly. So either I’m not eligible (see image below where ‘location’ makes me ineligible) or I’m too late.

I hope smart businesses take note of Klout and leverage social influencers. Maybe one day I’ll get to try that shiny new product before anyone else does… 😀
36.714678 -76.027586